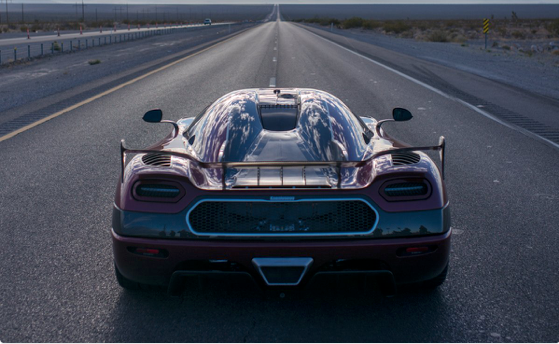 Are you a car enthusiast? If yes, then you could be looking for the trending news in the industry. Besides, the cherished registration plates currently trending in the industry, there is a new speed record boosted by the Swedish manufacturer, Koenigsegg.
That's right, Koenigsegg recently broke the speed record in car production after recording a two-way average speed that hit 277.9mph in Agera RS. Primo Registrations has started receiving several requests of personalised number plates with regards to this new record in the car manufacturing industry.

Significance of the speed record

This run was hosted in Pahrump, Nevada and has officially broken the current world record. The previous holder of this record was Bugatti Veyron Super Sport that recorded a shy speed of 268mph way back in 2010. Car owners have been linking their reg plates to this personality since then. In fact, people are now changing their private number plates to Koenigsegg. Retaining the old registration plates will make you sound old school and uninformed. You can find these new number plates from Primo Registrations at a meagre price.
Have you come across a personalised number plates that read something like ‘Niklas Lilja.’ He was the driver behind the wheel during the run. Neither Lilja nor Koenigsegg are new to breaking world records. Lilja also broke the 0-400kph-0 record while driving the Agera RS, that had just been set a few weeks earlier by Bugatti’s Chiron. Consequently, this denied Bugatti’s Chiron a chance to trend among the cherished registration plates for an extended period.
Bugatti’s previous record was 41.96 sec which is 5.52sec slower than that of Koenigsegg. However, the name of Bugatti is likely to get a strong come back on the list of cherished registration plates following a scheduled full top-speed run in the Chiron. Of course, Koenigsegg is also planning to adequately demonstrate the top speed of the Regera which is the brand’s topping hypercar. We are yet to see who among the two will top the list of personalised number plates. Currently, fans are not sure of which personality to include on their number plates. It is believed that Racelogic recorded and verified the run by Koenigsegg even though it has not been confirmed officially.

Koenigsegg is a Swedish-based car manufacturer, but the personalised number plates are now trending all over the world.You now have an idea of what this means if you have seen such reg plates without understanding their implication. There may be new developments in these private number plates. For instance, Hennessey Venom F5 was unveiled recently. The company has a speed projection of 300mph. The company will comfortably break the record that has been set by the Koenigsegg if it can attain this objective.
So, this means that we should be preparing for new entries in the cherished registration plates. However, this should not worry you because Primo Registrations personalises registration plates at meagre prices. Tus, you can change your reg plates as many times as you wish without spending a lot of cash.

If you are a car fanatic, it’s high time you started paying close attention to the fastest cars in the world and how they stack up. You can use the information to personalise your number plates. Using previous record holders on your private number plates shows you are well-informed on the trends in the industry.
If you would like to get a new reg plate, then feel free to contact Primo Registrations for a range of personalised number plates to choose, or if you are in the lucky position to want to buy one of these fantastic cars then please visit our friends at SuperVettura car sales.