Does the Queen have a Number Plate? 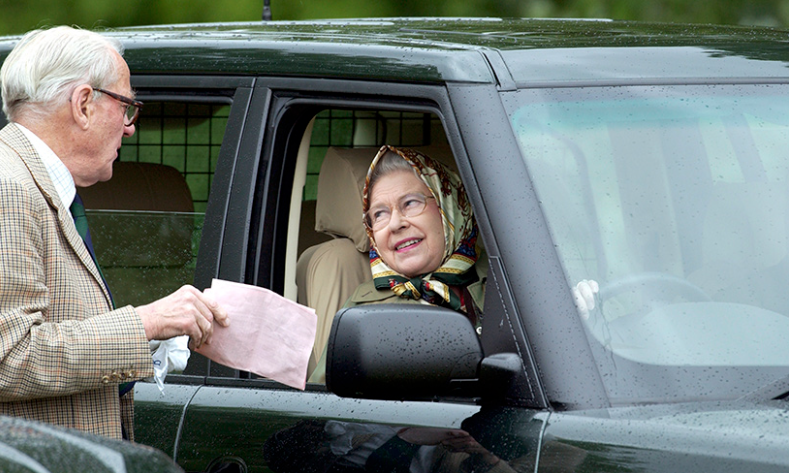 “Golly gosh, Phillip – we’re out of milk. Okay, I’m just going to pop down to the supermarket, old bean. I shan’t be long. Tootles.” Of all the things you imagine the Queen saying to the Duke of Edinburgh, this isn’t going to high on the list. Come on – we all know Elizabeth II doesn’t drive. She’s majestically chauffeured around by her aides in a range of diplomatic vehicles.

True, she does enjoy a backseat ride as much as the next woman, but she’s also a modern girl is our Lizzie. At the ripe old age of 91, she’s still happy to get behind the wheel and razz around like a boy racer.

Of course, this raises a range of questions, so let’s get cracking with answers.

Does She Have A Licence?

Alas, this is where the fairytale ends because the Queen doesn’t have an official driving licence. As the Head of State, and the woman in whose name they are handed out, she doesn’t have a need. One of the many perks of being a royal is the fact she can drive, legally, without having to pass her practical test. So, on the off chance you do get to meet her, never ask to see her pink licence. You’ll only embarrass yourself in front of the top brass. How uncouth! And no, her number plate isn’t Liz #1. Another part of the royal prerogative is that she doesn’t need one.

Where Did She Learn?

A good question, because plenty of self-taught drivers are a menace to society of British roads. Well, fear not as the Queen is believed to be very capable after her years of experience in the Second World War. Far from using her privilege to hide in the background, Her Majesty signed up to the Women's Auxiliary Territorial Service. It was there where she learnt to get behind the wheel, as well as a couple of handy things such as changing a tire and rebuilding an engine. Oh, and don’t forget how to flog cheap number plates. Only joking. Still, she’s not your typical grease monkey. Bet she charges a fortune!

Where Does She Drive?

For the daydream believers reading this, sorry to burst your bubble but you won’t see her on the roads anytime soon. As well as not wanting to mix with the commoners, the Queen isn’t allowed to change gears in public. Still, she loves to chicken wing it with her personalised number plate while blasting the tunes. Balmoral is believed to be her favourite, as well as being the driving school for the princes and princesses. Yep, she’s a certified instructor too.

Yes, there are. One story which is now legendary is the time she met the then Prince of Saudi Arabia, King Abdullah. To cut a long tale short, Her Majesty nonchalantly jumped into the driver’s seat as the Prince looked on puzzled. Soon, he was begging his translator to get her to slow down as she gunned the narrow Scottish lanes of Balmoral.

Let alone being driven by a queen, Abdullah wasn’t used to women drivers and couldn’t believe it. Maybe he was the one who started the myth about female motorists?