Our Favourite Fast and Furious Cars

Since the release of the first movie in 2001, the film series has featured its fair share of vehicles, but which ones did we love the most? With Furious 7 hitting cinemas earlier this year, and with so much speculation about the film returning in 2017 for the eighth instalment of the Fast and Furious franchise, we thought we’d share our favourite cars from the films.

This was one of the star cars of the first film. The Supra was rescued from a junkyard by O'Conner and was revived in Toretto's garage. And despite not being a twin-turbo model, the crew is impressed with O'Conner's find.

One of the most memorable quotes of the film is uttered: "You know what? This will decimate all, after you put about 15 grand in it or more. If we have to, overnight parts from Japan." O’Conner and Toretto race in this car and beat a Ferrari F355 Spider, which they're told is "more than [they] can afford, pal." The Supra did them proud, and that’s why it has made our list.

We love the Dodge Charger. Why? Well, at the end of the first film, Dominic Toretto (Vin Diesel) races in this car against Brian O’Conner (Paul Walker). The 1970 Dodge Charger was his father’s, and is said to have 900 hp! It manages to ‘dodge’ being hit by a freight train but hits a truck and flips through the air. However, that’s not the end of the Dodge; this car returns for films 4 and 5 to break Toretto out of a prison transport bus! What a trooper. 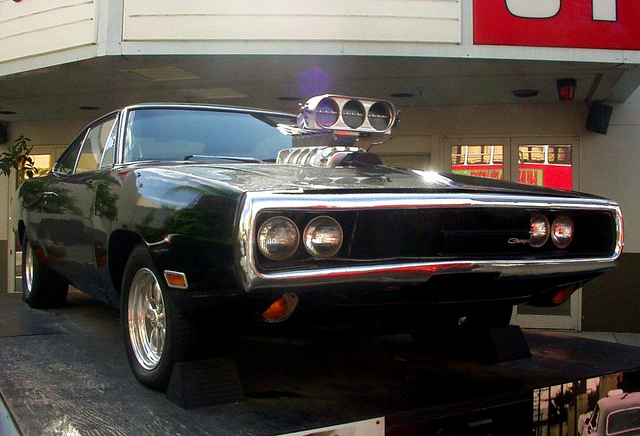 Who could forget the R34-generation Nissan Skyline GT-R that O’Conner drives at the beginning of 2 Fast 2 Furious? This is the car that he enters in a four-way street race, where he jumps the twin-turbo, all-wheel-drive coupe off a bridge before getting car-tasered by the police. The R34 returns in the fourth film for more gratuitous action.

Whilst the original Acura NSX featured in several of the films, its most obvious appearances were in films 4 and 5. Mia Toretto (Jordana Brewster) drives a black late-model NSX-T with parts from the Japanese-market NSX-R. Although the mid-engine sports car isn’t on screen for long, its presence is definitely welcome.

The FD-generation Mazda RX-7 appears several times throughout the Fast and Furious series.

In the first film, Toretto uses this car to win O'Conner's ride. And in 2 Fast 2 Furious, an FD RX-7 participates in the opening four-way street race. The Fast and The Furious: Tokyo Drift sees one of the most memorable cars of the film: the RX-7 with a custom Veilslide wide-body kit, a car that Han (Sung Gang) drives.

So there you have it, now you know our favourite cars from the Fast and Furious series. Now, whilst you may not be able to own one of these bad boys, you can certainly own a private number plate. If you’re looking for personal car registrations, then be sure to take a look at our range today.