How Much Does A Private Number Plate Actually Cost?

Personalised number plates give you something special: uniqueness on the road - something that’s hard to achieve in this age of mass production and generic car brands. They help you to stand out, get noticed, and make your vehicle your own - within the confines of the DVLA conventions, of course.

Many people who haven’t thoroughly investigated private reg plates believe that they are the preserve of the wealthy; something that you buy once you’ve become a millionaire. But the truth is that you don’t need to be exceptionally rich to buy the vast majority of plates - only a select few highly publicised plates ever go for extraordinary prices.

People buy private registration plates for all kinds of reasons. Yes, they do it for status, but they also buy them because they love motoring, want to be easily recognised while they’re out and about, or are geeky about the way the DVLA regulates the order of letters and numbers, trying to find new and unusual combinations that others haven’t thought of.

How Much Does A Private Registration Plate Cost?

The current record for the most expensive registration plate in Britain, “25 O,” is £518,000, sold to a Bradford businessman back in 2014 to adorn his classic Ferrari 250 GT California. But that sale was an exception and was far and away the biggest sale of the current decade. (Between 2005 and 2009, the DVLA had a firesale of what it called its “crown jewels" - rare plates on its books that it believed would go for a lot of money). Most private number plates sell for a lot less money.

The most basic personalised registration plates - those that keep the current two letters, two numbers, three letters format - sell for around £150 to £350. For instance, if your name is Sue, you could have the plate BA61 SUE, or for Tom, BV51 TOM.

The next level up are plates where the triple letter combination comes at the beginning, not the end, and there is a single letter suffix. For example, if your name was Sue Smith, you might choose the registration plate, SUE 341S. If you were feeling really smart, you could choose the middle number to represent your date of birth. So SUE 444S, would mean Sue Smith born in April 1944. Registration plates with triple letter prefixes vary in price substantially, but are usually in the range of £200 to £600, depending on the popularity of the triple letter combination.

Above basic triple letter combinations, are triple letter combinations with prefix year letters — for instance, the registration plate F5 BSH. These plates are much rarer than the aforementioned longer varieties and can fetch a substantial premium. Although some less interesting varieties sell for as little as £200, the most unusual and rare can go for five figures, with DVLA data revealing that the most expensive sell for more than £60,000.

If you want to upgrade even further, you can choose number plates which do not come with any prefix year letters, just year numbers. For instance, the combination 4 SUE, or 7 TOM. These types of registrations sell in the region of £500 to £60,000, again depending on desirability, relevance and rarity.

Above this level, registrations plates become exceedingly rare. Double letter suffix combinations, with a single preceding number, such as 2 FP, are ideal for people who want to use their plates for their initials, or who want to represent a business, idea or place succinctly. Single-letter suffix plates with multiple preceding numbers are often even more expensive, especially for registrations where the numbers represent a data, like “1944 S” from the above example.

Right at the top of the price hierarchy come the single letter prefix combinations, like B 54 or N 11. These plates are usually reserved for highly exclusive or classic cars, but there’s no rule preventing you from putting them on a regular vehicle. Clearly, the price of these personalised registration plates is stratospheric. A basic variety of single-letter prefix, double number suffix registration might set you back £15,000. The most expensive can fetch £500,000.

Finally, it’s worth pointing out that a couple of extra factors can influence the price of a personalised registration plate. The first is whether the plate has a “1” at the start or the end, with both commanding a premium. The other is that plates that do not include year identifiers tend to go for a lot more money than those that do. If you want exclusivity, therefore, you’ll have to pay a premium, but if you just want something with your name on it (or a particular word that holds sentimental value to you), then you don’t usually have to empty your wallet.

So-called cherished plates are those that do not necessarily fit into any category but fetch a much higher price because of their uniqueness. An excellent example of this is the registration BA12 RYS, where the 12 makes an R shape, making the word BARRYS. 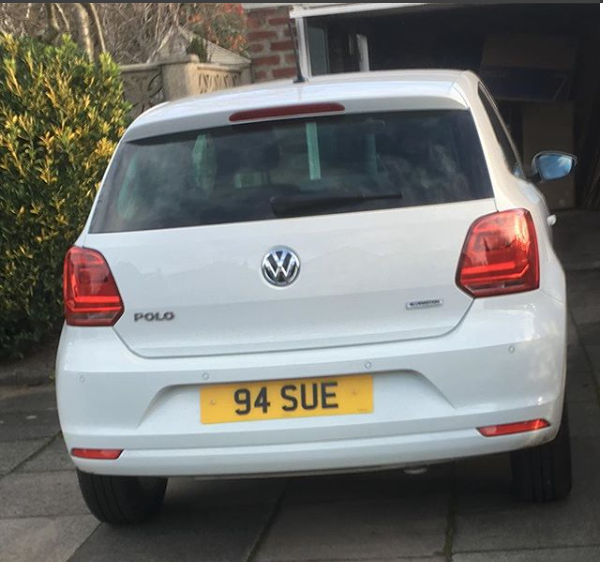 The costs of putting a private number plate on your vehicle, besides the purchase of the plate itself, are minimal. Once you’ve done the paperwork and registered the new plate to the car, there isn’t a lot more that motorists need to do.

If, however, you decide that you want to leave a plate you’ve bought off a vehicle, you begin to incur costs. The DVLA charges owners of plates not attached to vehicles £80 for a retention certificate.

With that said, most people buying plates will usually put them straight on their vehicles and avoid paying any additional costs for certificates. The value of plates depends on what you want your plate to achieve. Cheap plates that include your name or initials are usually easy to find. But if you want exclusivity, then you’ll need to pay out a lot more money.